A burgundy to brown to gold metallic duochome.

I'm hoping this will get easier with time. I've been staring at a blank page for the last fifteen minutes trying to decide how to begin, so, hi! On to the actual review!

The entire polish blog community has been abuzz about the new Hard Candy lines, and from what I've seen, the hype is well deserved. I had to limit myself to one for the moment, but I will be getting more of these when I have the chance.

All photos are shown with: 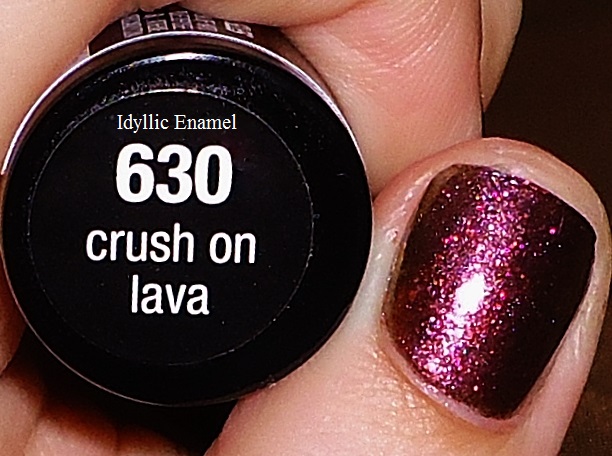 More pictures and the review after the jump.


﻿﻿﻿     I have heard that this is Hard Candy ~ Beetle simply renamed for the re-release, but I cannot attest to this personally, as I have only seen swatches online. I have not seen a side by side comparison either, but the photos look fairly different from my swatches. So, essentially, I don't know!


As far as formula goes, I was pretty satisfied. My only note was that, after using it for two manicures, it noticeably thickened up. A few drops of thinner will fix that right up, though. The duochrome was easily visible on the edges of the nail, but my camera was not cooperating. I really loved how this polish morphed depending on the lighting, it was so much fun!

If you are looking for a fairly inexpensive nail polish (retail $3.97, exclusively at WalMart) in numerous designer-esque shades and several indie inspired glitters, I would recommend the new Hard Candy line. As I said before, I fully intend on buying many more shades of the Crushed Chromes, and a few from the other Hard Candy lines.

So, if you liked this review, please let me know. I live on feedback!
Posted by Rose Ambrai at 3/15/2013 11:48:00 PM
Email ThisBlogThis!Share to TwitterShare to FacebookShare to Pinterest
Labels: Books, Brown, Burgundy, Chrome, Duochrome, Hard Candy, Red

All products featured in this blog are purchased with my own funds.